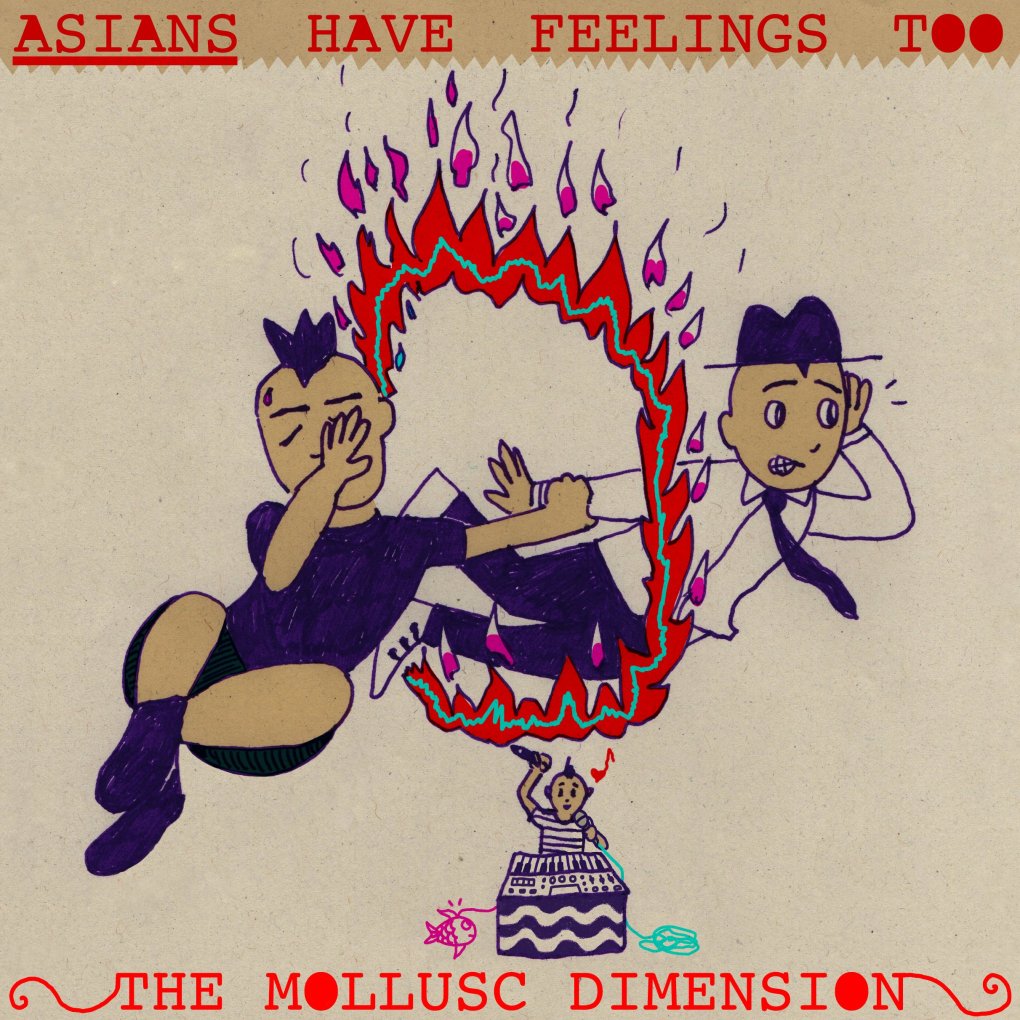 Don’t miss out on the debut solo show of The Mollusc Dimension(“TMD”) AKA Angelus Marr (“Squid”) at Rich Mix London in April! Read more about the event here. The Mollusc Dimension is an escaped Classical pianist, prolific songwriter and composer. He is British-born Chinese, bisexual, trans-masculine, non-binary, middle-aged – a set of identities which have led to decades of guilt for merely existing and a sense of shame in daring to take up space.

Yet, as a multi-hyphenate artist, auteur and traumas-survivor, he decided it IS time to offer his personal stories, music, art and entertainingly outspoken perspectives to a wider audience.

His portfolio spans comics, zines, improv comedy, poetry, DIY video-making, community/public initiatives and over 1.5 decades of teaching experience. Since 2007, his creative work has toured the UK and been screened/performed in Europe, the US, Asia and Australia. He is a passionate advocate for inclusive mental health creativity, and believes that decolonising education, intersectional feminism and trans rights has crucial benefits for people of all backgrounds and ages.

Usurp Art and many more. He creates an abundance of self-directed projects. Created by The Mollusc Dimension

For one night only, The Mollusc Dimension brings you a mysterious and magical multi-verse bumper pack of hummable tunes and hairy tales in a transformative debut solo show. Expect deep original songs (on love, nature, grief, ghosts plus a few “classics”), humorously politicised covers (Lennon’s Imagine as you’ve never heard it before!), plus a premiere screening of his new music video, Asians Have Feelings Too, Covid-safe audience interaction and colourful surprises!

“Racism is devastating, but music and art can help us to heal.” Long before he knew he was trans, The Mollusc Dimension was raised under Section 28 and sino-misogyny. Like many ESEA (East and Southeast Asians) The Mollusc Dimension was subjected to vicious coronaracism last year, but the #StopAsianHate movement motivated him to compose. Blending charming pop melodies, provocative lyrics and feel-good dance breaks, Asians Have Feelings Too speaks deeply to ANYONE who has ever had trouble fitting in or who felt the pressure to conform.

Co-directed by award-winning director Darius Shu, the video features dancers Tim Lytc and Raisa Kabir, and solidarity artwork by members of the LGBTIQA+ community and allies. Due to underrepresentation in the arts, the video production team are all either BESEA (British ESEA), ESEA, Asian or LGBTIQA+. “I want to use my music to help people open their minds and make the world safer and more welcoming,” says The Mollusc Dimension.

The show aims to reach people who struggle or have struggled with mental health (perhaps even before the current pandemic) and/or yearn for more creativity in their lives. There will be a post show panel discussion addressing key themes presented by the core creative team. We want people leaving the performance to celebrate activating the positive representation of BESEAs and LGBTQIA+ and help raise awareness around trans healthcare, wellbeing and safety.

AHFT is a collaborative project that seeks to engage with creatives who identify in the global majority, BESEA and/or LGBTQ+. Below are the confirmed artists.

All event information can be found in the above links, by the event organisers. Please reach out to the organisers directly for any further information, feedback, and questions.